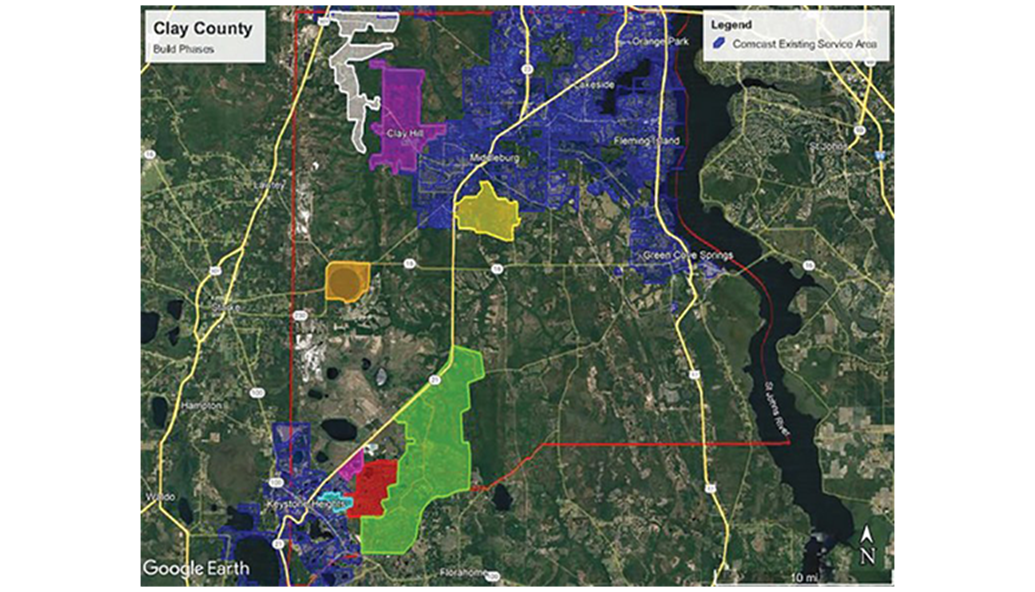 CLAY COUNTY – Comcast’s plan to provide underserved areas of the county with the internet is beginning to take shape.

The Board of Clay County Commissioners unanimously approved an agreement with the internet giant. The company’s proposal was chosen in February. The county has set aside $2 million in American Rescue Plan Act disaster relief funding for the project. Comcast, which will own and maintain the system, is also paying $1.35 million for setup.

Assistant County Manager Troy Nagle told Clay Today the agreement is helping to shore up the “Digital Divide,” which is the inequality derived from improvements in technology where some people are excluded.

Nagle provided numerous examples where better internet could positively impact a person, such as telemedicine, virtual court appearances and working from home.

“It basically opens up the ability for everybody to have the same access level,” Nagle said.

At previous meetings, a talking point has been addressing the underserved areas on a piece-by-piece basis. Clay Hill and Keystone Heights are first up for Phase 1, and county estimates have the completion date for phase one at one year after permits and utility work are finished.

Comcast will target the area of Keystone Heights north on County Road 214 and east of State Road 21, moving out toward McRae Elementary, and the northwest portion of Clay Hill, according to a county press release. Households and businesses can then sign up with Comcast and purchase services.

“They will be turning on the service as they go down the road,” Nagle added. “Pieces will come online as soon as they lay the lines.”

Nagle mentioned the state’s Access 67 initiative, of which Commissioner Betsy Condon is a member. Businesses, schools and healthcare providers will receive a much-needed boost from broadband improvements, she said.

Comcast will provide two service packages of $9.99 or $29.99 depending on speeds and qualified residents can receive up to $30 monthly credit for service, according to local Technology Planning Team meeting minutes from late March.