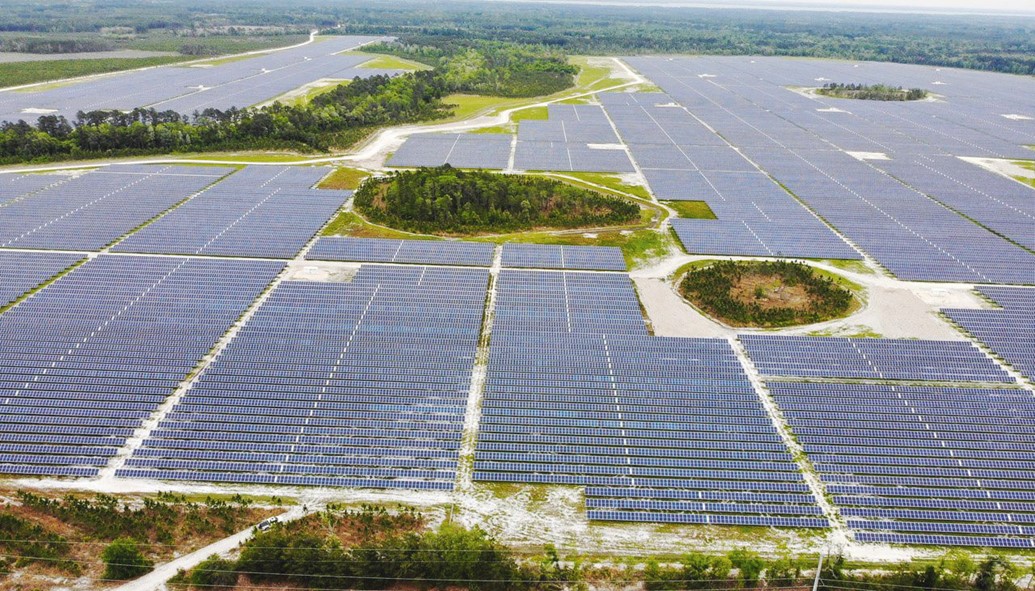 The Magnolia Springs Solar Energy Center is a 74.5-megawatt center with 280,980 solar panels that creates clean, emissions-free solar energy. It’s another stone laid in FPL’s pathway to its big 30-by-30 goal, which is its name for its initiative to install 30 million solar panels by 2030.

“It really is a beautiful site,” FPL external affairs manager Jim Bush said. “It’s something the entire county can be proud of. Florida is in the midst of largest solar expansion in history...and [Clay County] is a part of that.”

FPL is anticipating being 30% complete with its 30-by-30 plan by the end of this year, bringing it one step closer to reaching its goal. Florida will be home to 11,000 megawatts of solar energy when that happens, which is enough energy to power two million homes, Bush said.

“Once 30-by-30 is complete ... 40% of our power will be generated from emission-free sources and 20% of our fuel portfolio will be from solar energy,” Bush said. “Florida will be a world leader in solar energy production.”

Bush said Clay County became part of its power portfolio after taking a look at the “geographical dispersity” of the company. Basically, the power company needs to spread its solar centers throughout the state and Clay County had a perfect 425-acre spot about five miles south of Green Cove Springs and west of U.S. Highway 17 near Leno Road.

The energy produced by the sun and the solar panels at the Magnolia Springs ties directly into FPL’s wider power grid and serves customers in the surrounding area for customers all over the state. Bush said a solar center isn’t just for providing power to those in the close proximity, but to those all around the state.

“We also have a program called Solar Together,” Bush said. “Those that want more of their power to be solar can subscribe to this program. We build the solar and they receive the credits, which will overtime outweigh their usage and help lower their overall energy bill.”

Anyone who’s a customer of FPL has access to the company’s “clean, emissions-free energy.”

“Solar energy has been around for many, many years,” Bush said. “People have been using it since the 1950s. The same [solar power] technology is powering NASA satellites in space. It’s become more efficient to generate solar and it’s cost effective to add it to our system. There’s no net cost to our customers.

“That’s why there is a larger adoption rate of solar now than in the past – it’s a win-win all around. It’s great for the environment and it helps us meet our growing energy needs.”

Bush said solar energy offsets carbon emissions greatly – the new Clay County center is the equivalent of removing 14,000 vehicles from the road each year – and by design, it doesn’t generate waste.

“It’s great for the environment and it’s great for the economy,” Bush said. “[Magnolia Springs] created 200-something jobs at peak, local and regional, during construction. It also has the lasting impact of adding to the county’s tax base with little to no demand for public service. It’s a great win all around.”

One thing that makes Magnolia Springs so efficient is its sunflower-like design.

“The site has just under 281,000 panels and it’s actually a trapping system,” Bush said. “The panels follow the sun throughout the day, like a Sunflower does, which adds to its efficiency.”

There are currently 37 solar centers in Florida, including Magnolia Springs, with another seven more under construction which are expected to be operational by the end of the year.