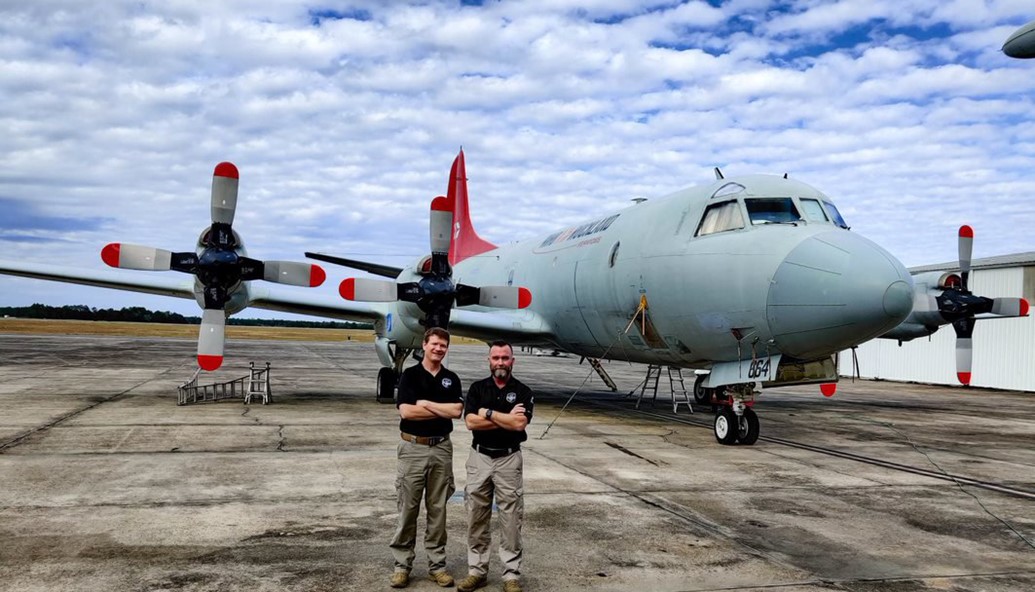 KEYSTONE HEIGHTS – The U.S. Navy has awarded a $64.5 million contract to MHD-Rockland Inc. and ESG Aeronautics at the Keystone Heights Airport to create a curriculum and train German Naval personnel to pilot, co-pilot, and fill other flight crew positions on the P-3 aircraft.

“The U.S. Navy has ended their training for foreign military students on the P-3,” said (Ret.) Cmdr. William Bushman, and current Chief Technical Officer of ESG Aerosystems. “That was part of their transition to the P-8 platform.”

The P-3 Orion aircraft, developed by Lockheed, is a four-engine turboprop airplane, similar to the C-130. It has been in service for the U.S. military for almost 50 years.

“Its primary mission is anti-submarine warfare,” said Bushman. “It also does maritime patrols. That’s its traditional role. The P-3 was sold to several other partners [allies and domestic agencies] for the U.S. military, and so there’s an international community that operates the P-3 that has traditionally relied on the US Navy for that training on that aircraft.”

When the Navy ended the training on that craft, their allies were left looking for a training solution. It was then that ESG and MHD-Rockland began to explore the issue and worked toward the program, which is now taking place. Rockland purchased five P-3s from Australia and set things up.

“We are extremely excited to partner with ESG Aerosystems to deliver comprehensive training solutions for the enduring P-3 Orion platform,” said Josh Miller, President, MHD-ROCKLAND, in a press release. “With over 40 years of experience in legacy aircraft sustainment, our team is ready to add value and offer this unique and essential service to global P-3 fleet operators who require it.”

The operation not only benefits the U.S .Navy and America’s Allies, on a local level, the city of Keystone Heights.

“We’ve been here [Keystone Heights] five years,” said Falconer. “We do bring jobs to their area. We’ve hired to date about 20 employees. We’re going to be hiring about six more after the first of the year. Most of us have bought houses in the local area, and we’re supporting the airport. I think we’re pumping more fuel per flight than the airport sold last year. So it’s a good benefit for the airport. We’re also, I think, still the largest land lease of the airport.”

The operation has improved some of its facilities and is looking to build new facilities as well. Falconer hopes that more businesses will follow. They have also brought a dedicated fiber-optic line into the area.

Revenue for the city is also generated in other ways by the program.

“On the student side, local accommodations,” added Bushman. “Hotel tax associated with that, and of course their eating and purchasing things from the local economy. Also, to the max extent possible, we use the local area to meet our requirements. Shirts, patches, print shops; we really try to maximize anything that we’re doing here for the local economy so they can benefit from us being here.”