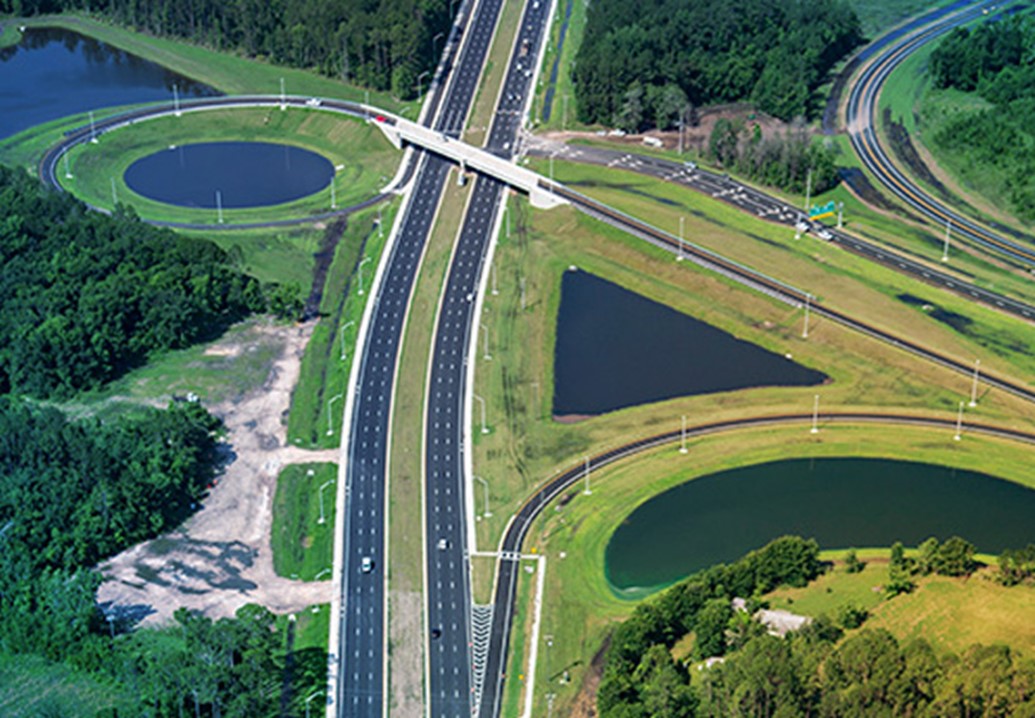 The importance of transportation on Florida's development did not falter during a once-in-a century pandemic. In fact, Florida Department of Transportation Secretary Kevin Thibault said, the Covid-19 pandemic has stressed the need for intergovernmental collaboration more than ever. The need to focus on the state's infrastructure comes as Florida is working to create one of the ten largest economies in the world - with transportation will be at the heart of moving America's fastest-growing state.

"It has a lot to do with our commercial development," Thibault said. "It has a lot do do with how they look and plan, not only for residential, but commercial.  A lot of commercial entities that have looked at Florida, one of the things that drive them here is the transportation we have.  (It's not only) what transportation network do you currently have in place, but what do you have in future?  The more you can demonstrate how we are planning for Florida's growth, the better positioned we are to respond where the growth is."

In November, the Institute of Economic Forecasting at the University of Central Florida projected Florida's real gross state product would grow at an annual rate of 1.5% between 2020 and 2023.

Thibault said it's important to be proactive in looking at trends and data, which is something he said his department is accomplishing since his appointment.

U.S. Census Bureau research noted that only 5.7% of employees in the country worked from home in 2019, while 75.9% of workers drove alone in 2019.  That is certainly no longer the case.

In December, the Pew Research Center released a survey that found 71% of workers are working from home all or most of the time.  Pew's data found employees with higher incomes have more flexibility in working from home.

Lower waged employees, as well as those without access to reliable transportation, have typically been the workers most impacted by limits on local transit, whether in route frequency or vehicle capacity.

Driver volumes declined drastically after the onset of the pandemic in mid-March 2020.  Within days, Florida Department of Transportation data found volumes in the state decreased as much as 20% from previous norms. By September 2020, those numbers began to stabilize-traffic volumes decreased between six and eight percent while truck volumes were, on average, were down 3.5% - as the state adjusted to living in a pandemic.

During the slowdown, FDOT accelerated projects across the state, including work on building a new Howard Frankland Bridge that spans Tampa Bay; five new flyovers as part of the I-4 Ultimate Project in Orlando; the widening of State Road 80 in Palm Beach County as well as the Design Build Project that will increase mobility in Miami-Dade County along State Road 836, I-95 and I-395.

Understanding that the days of only five percent of the workforce working from home are over, Thibault stressed the importance of data when making projections about the state's transportation needs.

Florida is the fastest growing state in the country.  On average more than 800 people move to Florida on a daily basis.  That number has not shown any indication of subsiding, with the pandemic luring more people to some areas.

Miami-Dade is the most populous county in Florida, and projected to have more growth than any other in the state during the life of the 2045 Florida Transportation Plan.  Orange County is projected to be the second fastest growing county in Florida.  However, officials in Central Florida must account for the more than 34 million people who visited Orlando and Orange County.

Thibault said the state can not have a one-size-fits all approach.  Some metropolitan areas, such as Fort Myers have room to expand highways.  Other areas, such as South Florida, may need more arterial and collector roads because the interstate is as wide as it's going to get.

One area that could alleviate congestion are toll roads.  Thibault indicated the interest in those is in some ways a local decision about development and managing growth.

"The recognition of toll roads is not a function of them being a toll road to be a toll road," Thibault said.  "There are needs within a region to move people and goods and the only way to do that with traditional funds is toll roads.  Orlando is growing tremendously.  Tampa is growing tremendously.  South Florida is growing a lot.  The traditional sources of revenue is not going to generate the needs we have, so we rely on the revenue we need.  They are, essentially, enterprise projects (in areas) where there is a willingness to do that."

Thibault said the pandemic has highlighted the need for transportation to be cohesive through multiple modes with municipalities, local transportation authorities and the FDOT's eight transportation districts.  With travel trends changing, especially business travel, Thibault said regions should not make plans in a silo.  And they have not.

Last May, FDOT released its 2045 Florida Transportation Plan.  It reflected an expansion of innovation and increased modes of transportation, but, there continues to be a need to enhance mobility options.

As disruptive as the pandemic has been, Thibault projects the further adoption of autonomous, connected and shared vehicles will have the biggest impact on transportation in the state in the next five to 10 years.

Jacksonville and Miami have expanded their transportation networks in recent years to alleviate congestion and provide an alternative option for commuters.

Meanwhile, Central Florida is in the process of developing what has been hailed as the world's only quintimodal transportation hub where it will connect the spaceports, seaports of Brevard County with the airport and multimodal connections of Orlando and Orange County.

This system would feature multimodal connections at Orlando International Airport that could connect commuter rail to Tampa and Miami.

Those plans for a quintimodal hub were part of FDOT's 2045 Transportation Plan policy element that was released last year.  This year, it is expected to release how it will turn theory in reality with the release of its implementation plan.

Thibault praised Governor Ron DeSantis for his willingness to look at trends and data when it comes to transportation issues.

In January, DeSantis' budget called for the allocation of $10.4 billion to the Florida Department of Transportation, which includes $9.47 billion for the department's work program.

In 2020, DeSantis proposed $8.8billion for the FDOT work program and it received $9.2billion in the final budget that he signed in June 2020.

With so much shifting in a short period of time, Thibault said it's paramount the department continues to have a seat at the table during discussions.  Doing so, he believes, positions Florida for a future in the fast lane.

Article written by Will Brown