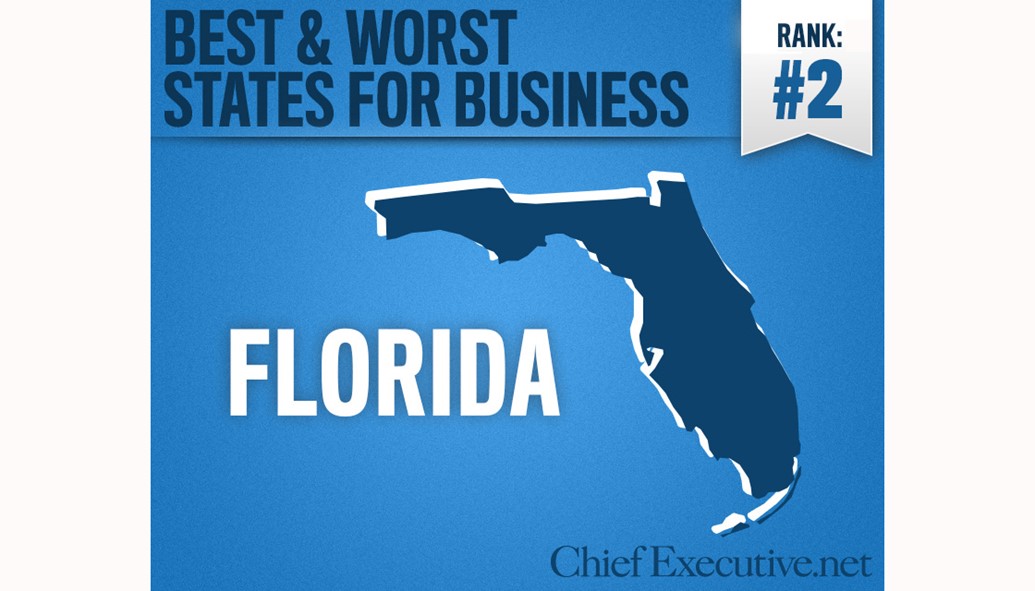 The pandemic cratered economic development for now, but it hasn’t changed CEOs’ opinions about three important things: Texas remains the best place in America to do business, in their eyes; having a capable workforce is still their top concern, despite now-record unemployment; and states’ “blue” political leanings concern them—except when they don’t.

Welcome to Chief Executive’s annual “Best & Worst States for Business” survey, Covid edition. Once again, for the 16th year out of the 16 years we have conducted our poll, Texas ranks No. 1. Despite the shutdown of much of its oil industry by the coronavirus recession, the state retains extremely business-friendly characteristics and policies. The rest of the top 10 states also remained essentially unchanged from the 2019 rankings. Similarly, the bottom 10 in the rankings were relatively frozen, with California once again in last place. (See the full list.)

Michigan’s jump of 19 spots, to No. 13, was one of the biggest single-year moves in the Best & Worst States for Business ranking history and reflected a broad surge of confidence by CEOs even as the auto industry has leveled off. “We’re seeing a diversification in the economy including more tech firms,” says Alan Barr, CEO of Creative Change, a consulting firm in Manistique, Michigan.

Still, about 52 percent of site-selection projects nationwide were paused by the pandemic, according to an April survey of members of the Site Selection Guild, though none said clients were outright canceling projects.

“Like the stock market, a lot of site-selection projects are built on speculation, on confidence in how things will look one or two years down the road,” says Brian Corde, co-founder of Atlas Insight. “If confidence isn’t high, it slows the pace.”

Because the food industry largely gained during the Covid-19 crisis, many of those companies remain on the hunt for sites. By contrast, office-construction plans have pulled back severely as all players consider the future of telecommuting.

Clearly, states will be hungrier to chase whatever projects go forward. “But with declining tax revenues, states have fewer resources to offer dollars up front that can help companies offset project costs,” says Larry Gigerich, head of Ginovus consultants.

Georgia is among states that will “dig into existing sites and get those readier for development” during the Covid-19 pause, says Bert Brantley, chief operating officer of the Georgia Department of Economic Development.

Pre-pandemic, the availability of qualified workers and government incentives tied to workforce preparation had risen to the top of many CEOs’ wish lists. A slowdown is unlikely to blunt that need unless it becomes a depression.

Meantime, more places are pursuing tech jobs by “trying to make their communities an environment that will attract talent,” says Jay Garner, chairman of the Site Selectors Guild. That’s a big reason Austin, Texas, and Nashville, Tennessee, have been shining.

CEOs traditionally prefer “red” states such as Texas, Georgia and Tennessee, and their business-friendly policies. So some take a dimming view, for example, of Nevada, where the governorship and legislature flipped into Democrat hands in 2018 and then overrode a 1965 ban on collective bargaining for state employees.

Yet, the 2020 survey results belie these concerns. Nevada rose three places, to No. 3, the biggest advance among the top ten. And Michigan’s huge leap occurred while Democrat Gretchen Whitmer was governor, after former Gateway Computer CEO and Republican Rick Snyder completed his eight-year tenure.