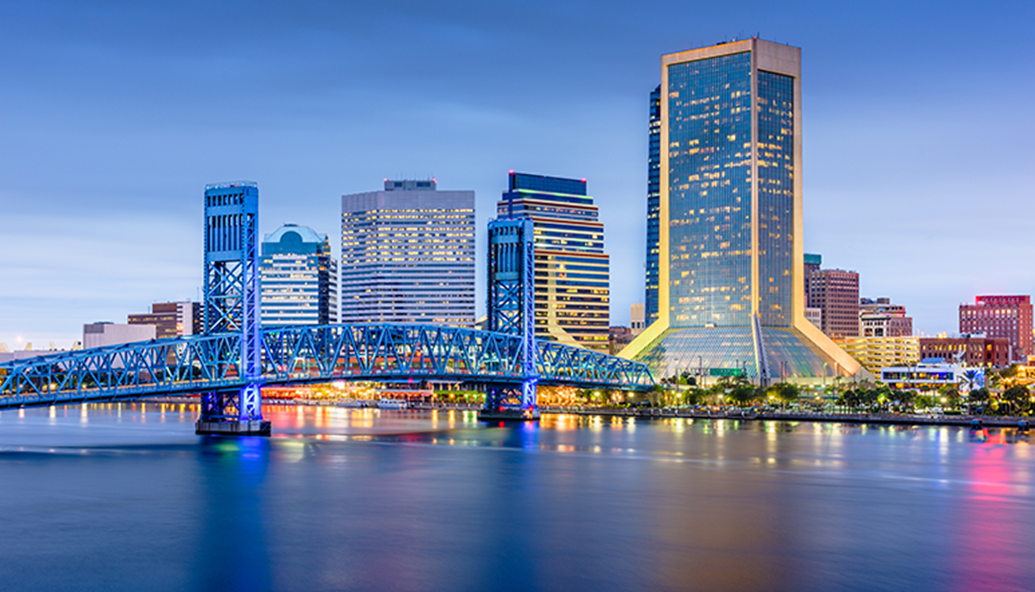 From the seas to the highways and railroads to the rest of the country, Jacksonville is quickly becoming one of the most well-connected cities for distribution hubs in the U.S.

Jacksonville has one of the largest and busiest seaports on the east coast by the measurement of how many cargo containers move through the port each year, said Robert Peek, director and general manager of business development at JaxPort.

The vast majority of consumer goods that are distributed from Jacksonville are moved through shipping containers, Peek said, with about 1.4 million 20-foot containers passing through the port in the last year.

Many goods, after leaving a port, are then brought to import distribution centers around Jacksonville.

In a one-day truck drive, goods from the port can reach 98 million consumers to the west, north and south.

Publix is one of the companies that benefits from having a distribution center in the area that can reach so many people.

The Jacksonville Publix Distribution Center opened in 1974, said Publix spokeswoman Hannah Herring. The next closest Publix distribution centers to Jacksonville are in Orlando, about 145 miles away, to the south and Dacula, Georgia, to the north over 375 miles away.

Coverage varies as stores both inside and outside Florida are serviced by multiple Publix distribution centers and depend on a number of factors, Herring said without offering further information on the serviced area from the Jacksonville center.

“Site selection for our distribution centers, stores and support locations is strategic, but accessibility to inbound and outbound traffic allows us to make deliveries to stores with efficiency so that we can offer the best possible product availability to our customers,” she said.

With over 100 million square feet of warehouse and distribution space in the Jacksonville area, many large companies take advantage of this prime commercial real estate — including BJ’s Wholesale Club and Winn-Dixie, just among other grocery distribution hubs.

And the commercial real estate spaces housing these centers are facing a market just as hot as the one for residential properties.

At the end of the last quarter, overall vacancy for these properties was 4%.

“Overwhelmingly, a majority of tenants lease their space,” Newman said. “We’ll work with a developer, identify a piece of land, they’ll put a spec building up or build to suit a client, and then it’s up on a capital markets type of sale. There is no one type of buyer, but it’s an overall broad sale.”

They’ll then lease it and accumulate that wealth over the course of the property's life, he said.

In Jacksonville, there are a couple key drivers: the port and the population.

“The railroad and highway access that we have here is also very important,” Peek said. “[It] is very attractive to retailers because they want to locate their facilities near their consumers. This [location offers] one- or two-day shipping and also lowers transportation costs.”

And the growing population results in higher demands as well.

“The amount of people moving to Florida and the Jacksonville region — as populations grow, they need their stuff from Home Depot, all their essential foods, clothing, anything that becomes related,” Newman said. “We’re just a one-day distance travel to Atlanta and a one-day distance travel to Miami, and that’s why corporations are attracted here.”

Amazon also has millions of square feet of warehouse space for its own distribution purposes, including two recent purchases of over 275,000 square feet in February and over 1 million square feet in January.

And the e-commerce giant is always looking to buy more.

As of the first quarter of 2022, over 3 million square feet of warehouse space was directly available or available to sublease, according to Cushman and Wakefield’s research on the Jacksonville commercial real estate market.

And all of this does not include speculative space, which is when companies build warehouses before finding tenants to lease the spaces back from them upon completion.

So many specs, so little...materials?

When companies look at the real estate in the area, they weigh factors such as supply chain, cost of land, cost of labor and construction costs, Newman said. But commercial real estate firms are finding it difficult to provide enough space for the amount of interest in the area.

It takes about 15-18 months to complete a building because of a lack of materials.

Newman said the “tenants grew out of the spaces” and are staying in the area but looking for more room.

“On the larger side, we have a 400,000-square-foot listing that will be completed in July,” he said. “We have a lot of interest but aren’t ready to sign any leases yet.”

Peek and Newman both said they receive daily inquiries from companies that want to open centers here.

“The growth in Jacksonville is going at a steady pace,” he said. “Our lease rates are the lowest in Florida, and we still have a decent amount of available land that’s zoned appropriately for future buildings. We think the outlook for Jacksonville is positive. We’re very bullish on the area.”